here's an awesome diy, if i dare say so, which takes an inexpensive, generic ikea rug and makes it something a whole lot more custom and special!  the chevron (zigzags) pattern is so popular right now i thought it'd be fun to incorporate a little "on trend" item in my home right now!

i want to say that i came up with this little gem of an idea on my own, but nope....i didn't!  i found an awesome tutorial at house of smiths.  i tweaked things a bit, as far as "how" i did it....however her's was so awesome, i basically 'copied'!
you don't have to mess with a good idea too much, in my opinion!

so to get this, follow some easy steps....some are a smidge time consuming....but worth it, i think! 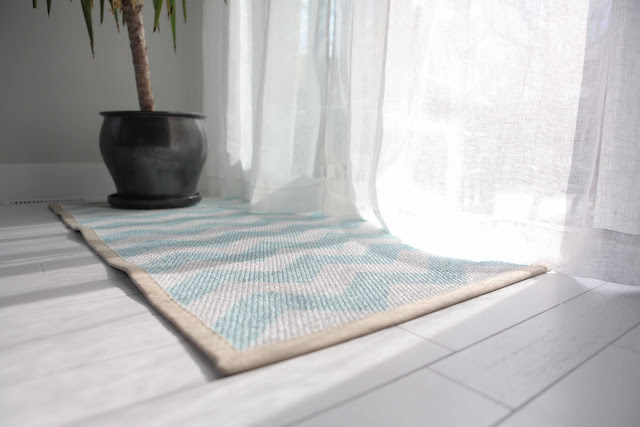 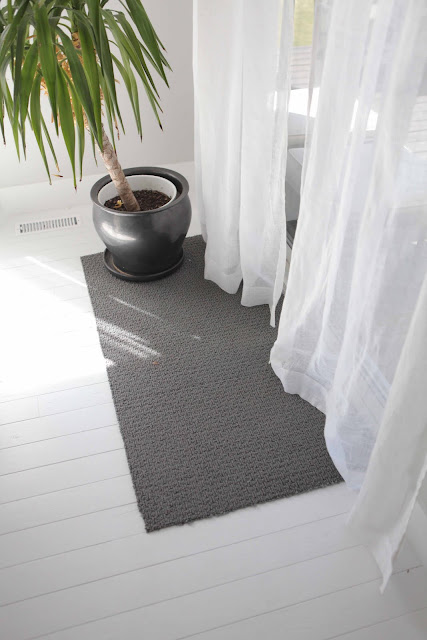 the doors leading to our backyard and deck really needed a nicer lil rug than what i had been using!  a scrap piece of our carpet!  boo! 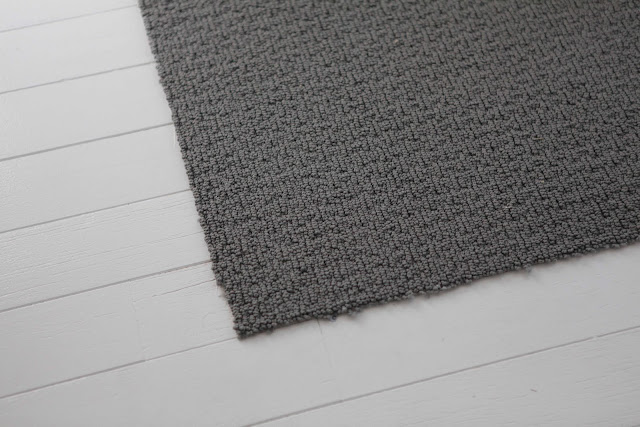 wouldn't have been bad, had i bound the edges, but i never got around to that..... 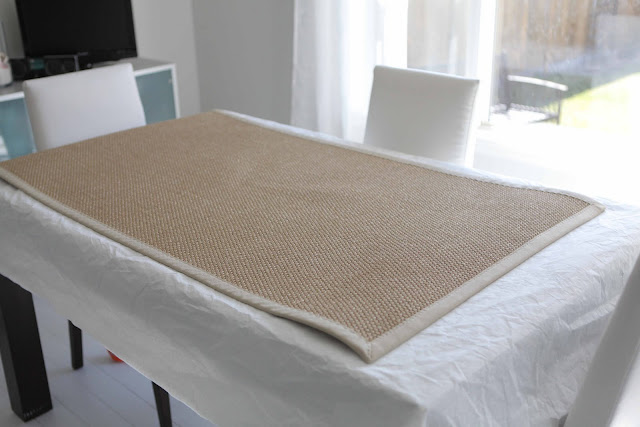 snagged this from ikea....a tough little rug, that has the non slip grip on the back of it....perfect.... 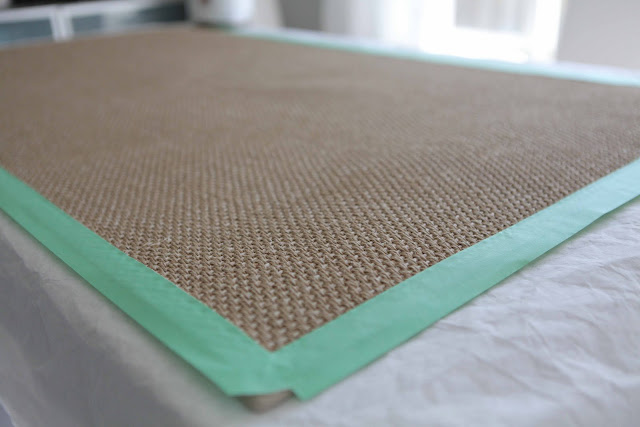 was okay with the sandy colored trim, so taped it off 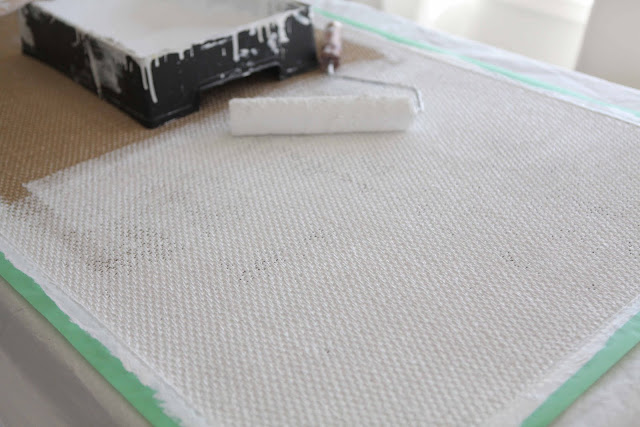 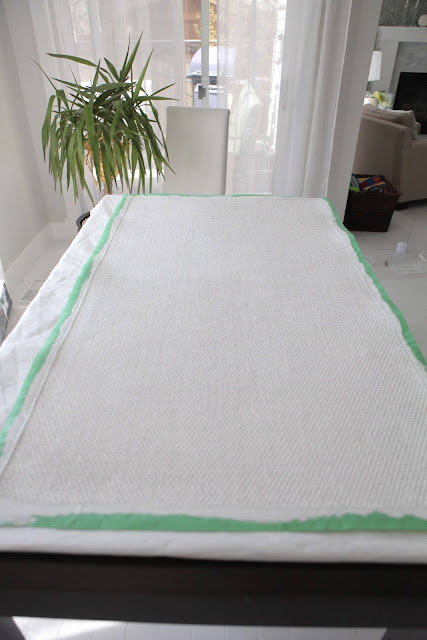 took 2 coats to really get good coverage....the rug ate the paint up 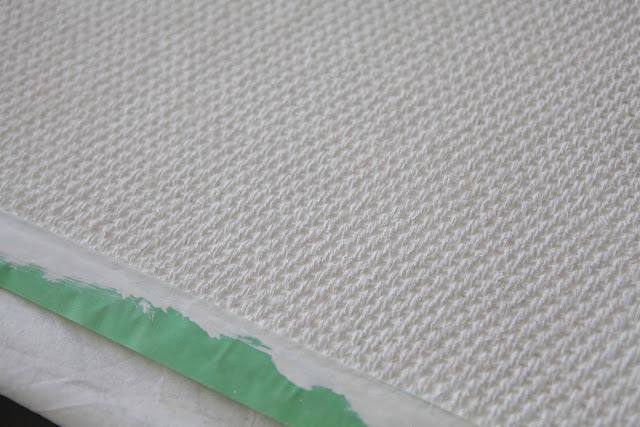 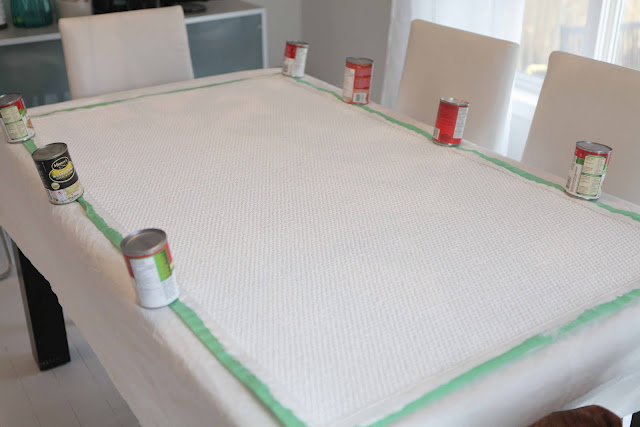 because there was so much white paint, it wanted to warp a tad, so allowed it to dry, using soup cans as weights 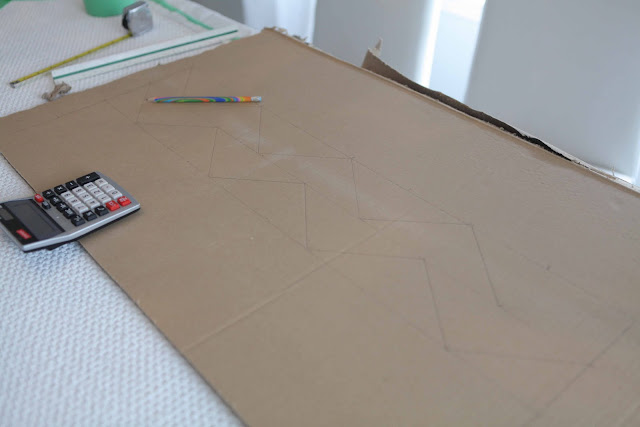 created a template....took a little bit to figure out the math.....even stripes....hurt my brain a bit! :)
on the first tutorial i read, the creator of this diy, created vinyl templates.  i couldn't do that, so i just used cardboard....easy enough.  much better than measuring, drawing lines, and taping each line....would've taken hours! 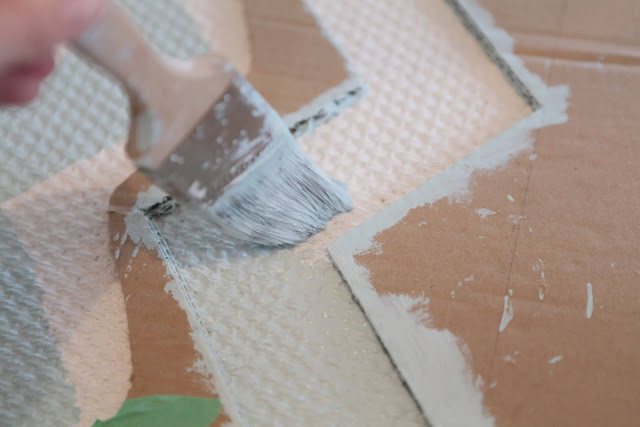 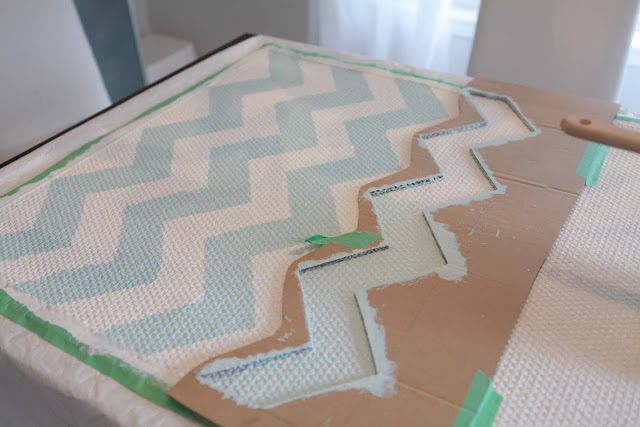 held down the cardboard as i 'dabbed' the paint in 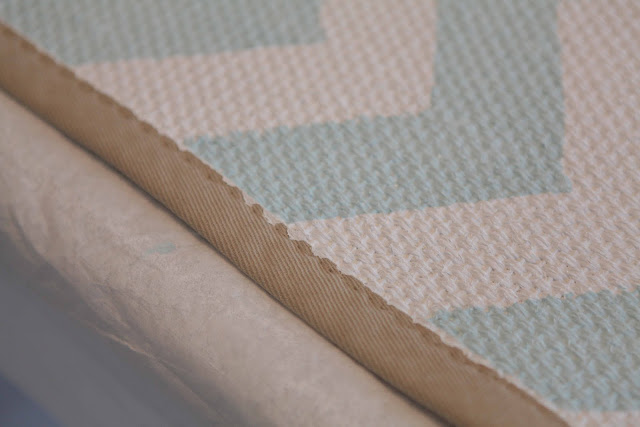 pulled the tape off, to see how the paint bled through.....decided it didn't matter....it's supposed to be a casual, beachy, not too fussy rug anyways! 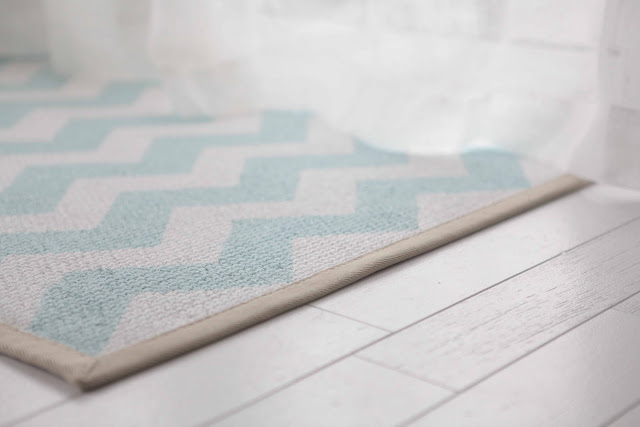 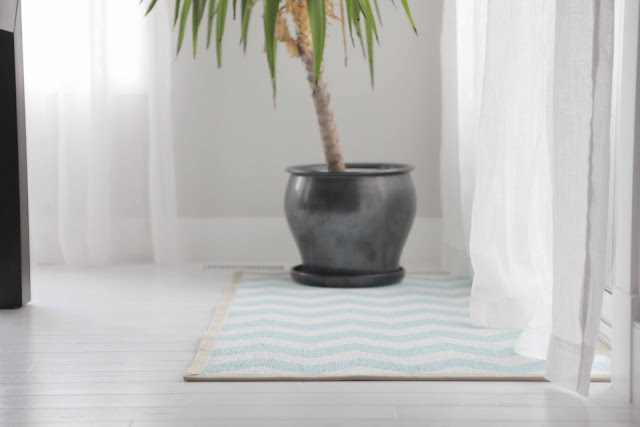 think it looks so good with the white floors! 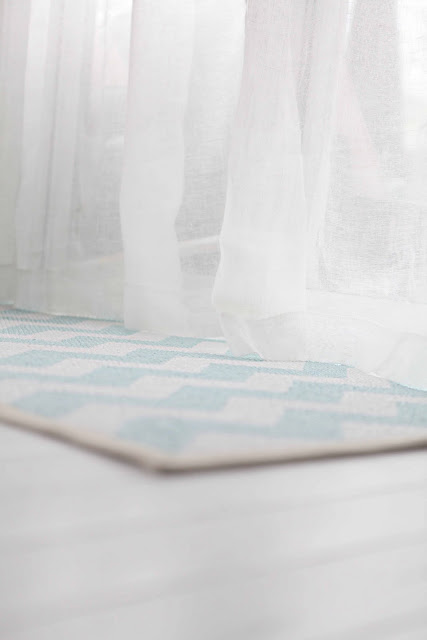 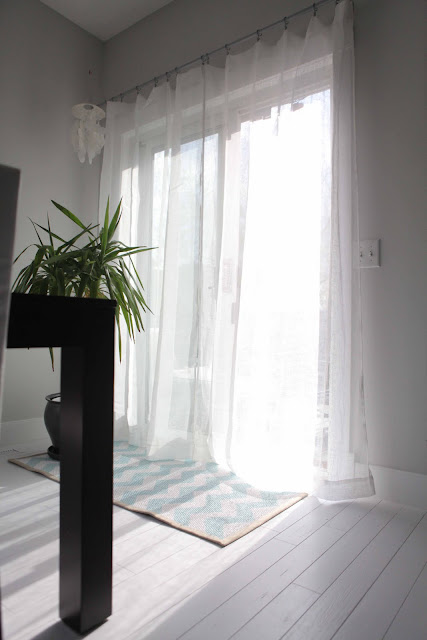 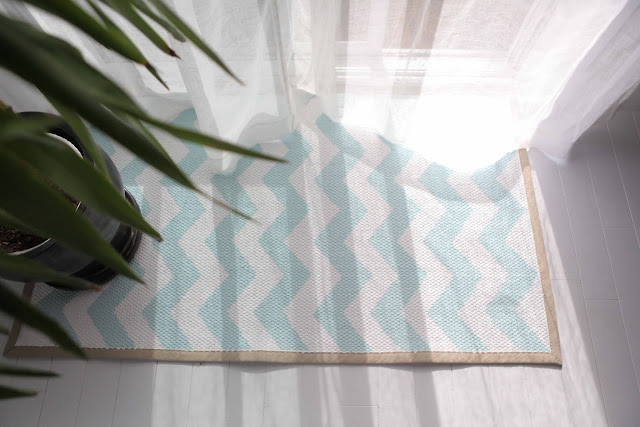 Posted by Natalie Cross at 6:00 AM

i luv comments! make sure your profile has an email address if you want me to answer any questions! and, please keep things postive! any concerns may be brought to my attention through email! :)